The People Behind the Seawall

Land subsidence and climate change are not abstract concepts. This story shows how the lives of four citizens and their families are affected by floods, heavy rainfall, water pollution, the lack of clean water and proper sanitation. 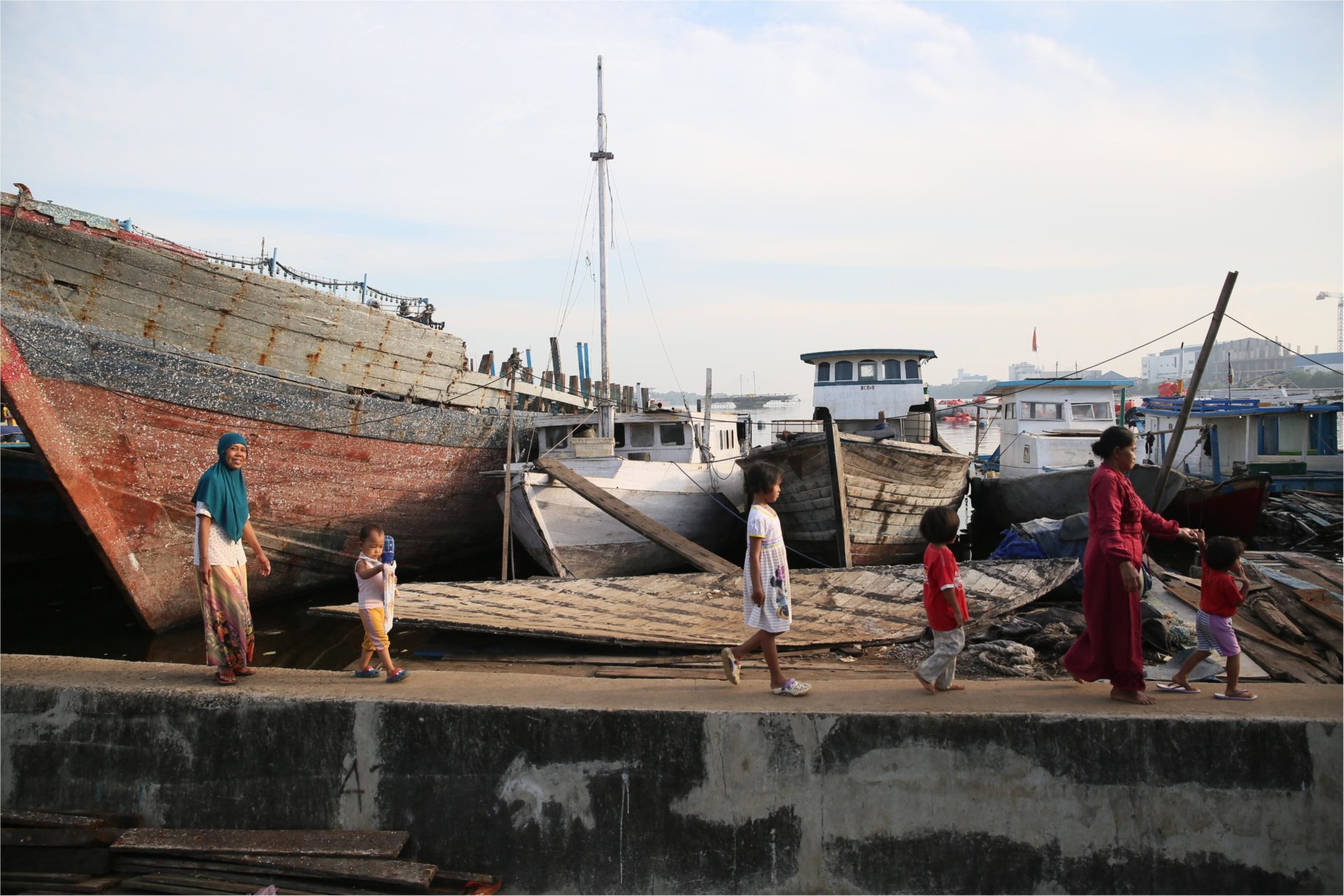 Alda, a nine-year-old girl, stands up to her waist in polluted water. In the rainy season, she has to wade through this water to get to school every day. The dirty water makes her skin itchy.

Ibu Sarmini sells Jamu, a medicinal herbal drink. She lives on the edge of Waduk Pluit, a large water reservoir. Her community lives on government owned land and has no access to running water or sanitation; eviction is imminent. The public toilet is already demolished.

Bicycle tour guide Pak Sumari shows domestic and foreign tourists the sites of old Batavia. He worries about flooding and land subsidence, which not only pose a threat to coastal areas and residents, but also endanger unique Indonesian-Dutch cultural heritage.

Pak Lukman, a fisherman in the Bay of Jakarta, has to raise his house every year to prevent it from sinking. He has heard rumours of a 36 kilometre long dike called ‘The Giant Seawall’, a possible solution that could offer Jakarta protection against the water.

Four different people fighting the same battle against the water in the slums of a sinking North Jakarta, where the threat of flooding is most severe. This multimedia "life book" highlights the urgency to deal with rising water levels and tries to raise local awareness. The residents' stories bring land subsidence and climate change closer to the audience.