Through the stories of female garment industry workers in Bangladesh, this project looks into the fundamental role these women play in the economic and social stability of the country. 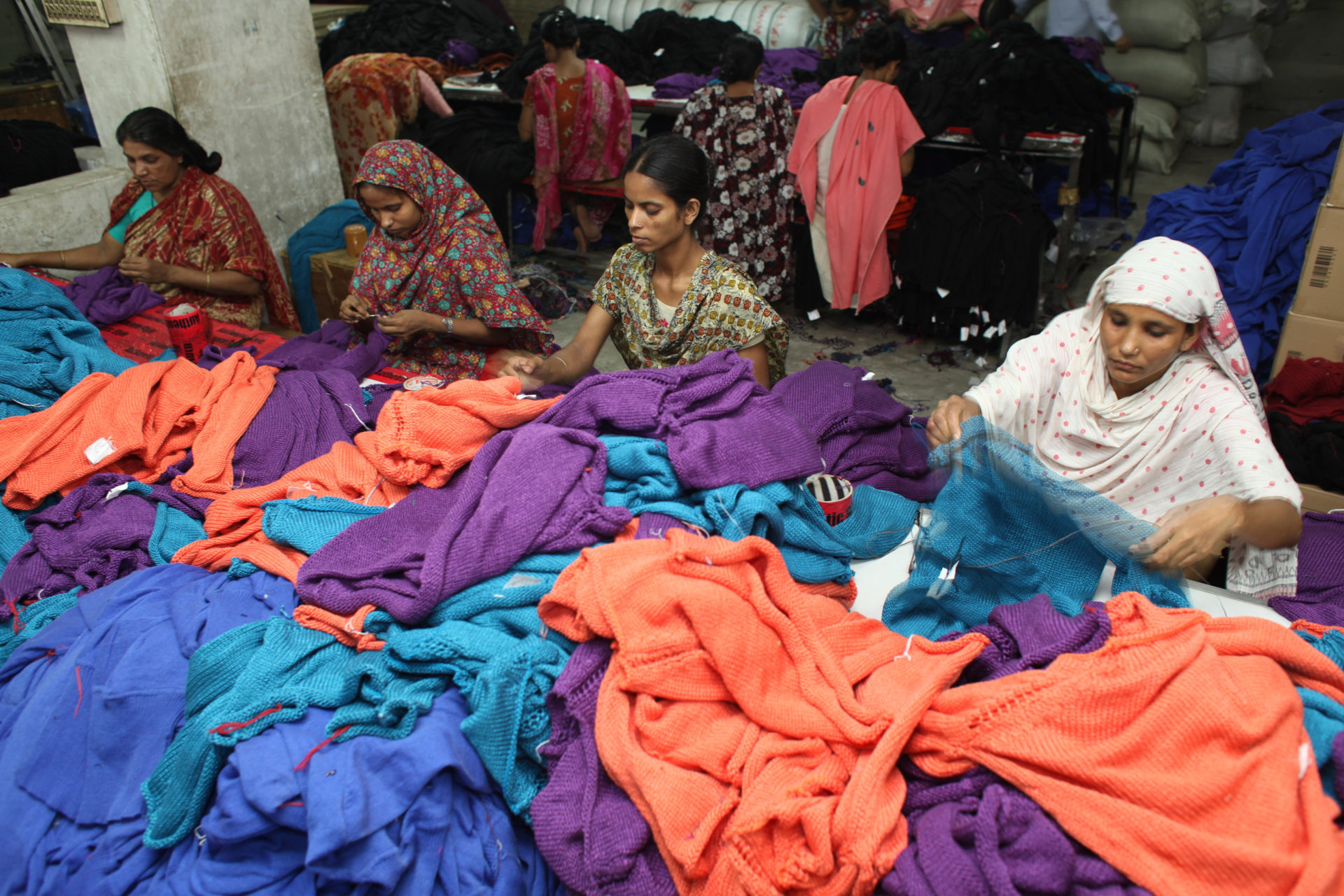 "Exploited" in the eyes of western human rights organisations, "overly-emancipated" according to conservative Islamic groups, women garment workers are on the front line of a battle to produce a fairer distribution of the gains of capitalism, deliver much-needed economic growth and stave off the threat of extremism.

Bangladesh is home to the second largest garment manufacturing industry
in the world, accounting for 80% of the country’s foreign exports. This piece investigates the role that the garment industry plays in the lives of more than 5 million garment factory workers, caught between their struggle for better working conditions and the recent upsurge of Islamic fundamentalism.

Four years after the Rana Plaza collapse, NGOs continue to condemn garment factories and multinationals for failing to raise wages and improve the abject health and safety record of ready-made garment factories in Bangladesh.

Through the stories of female garment industry workers, this work will look into the fundamental role that they play in the economic and social stability of Bangladesh.

Using On Our Radar’s model of collaborative storytelling, our team will support garment industry workers to share their story safely and securely, in their own words.