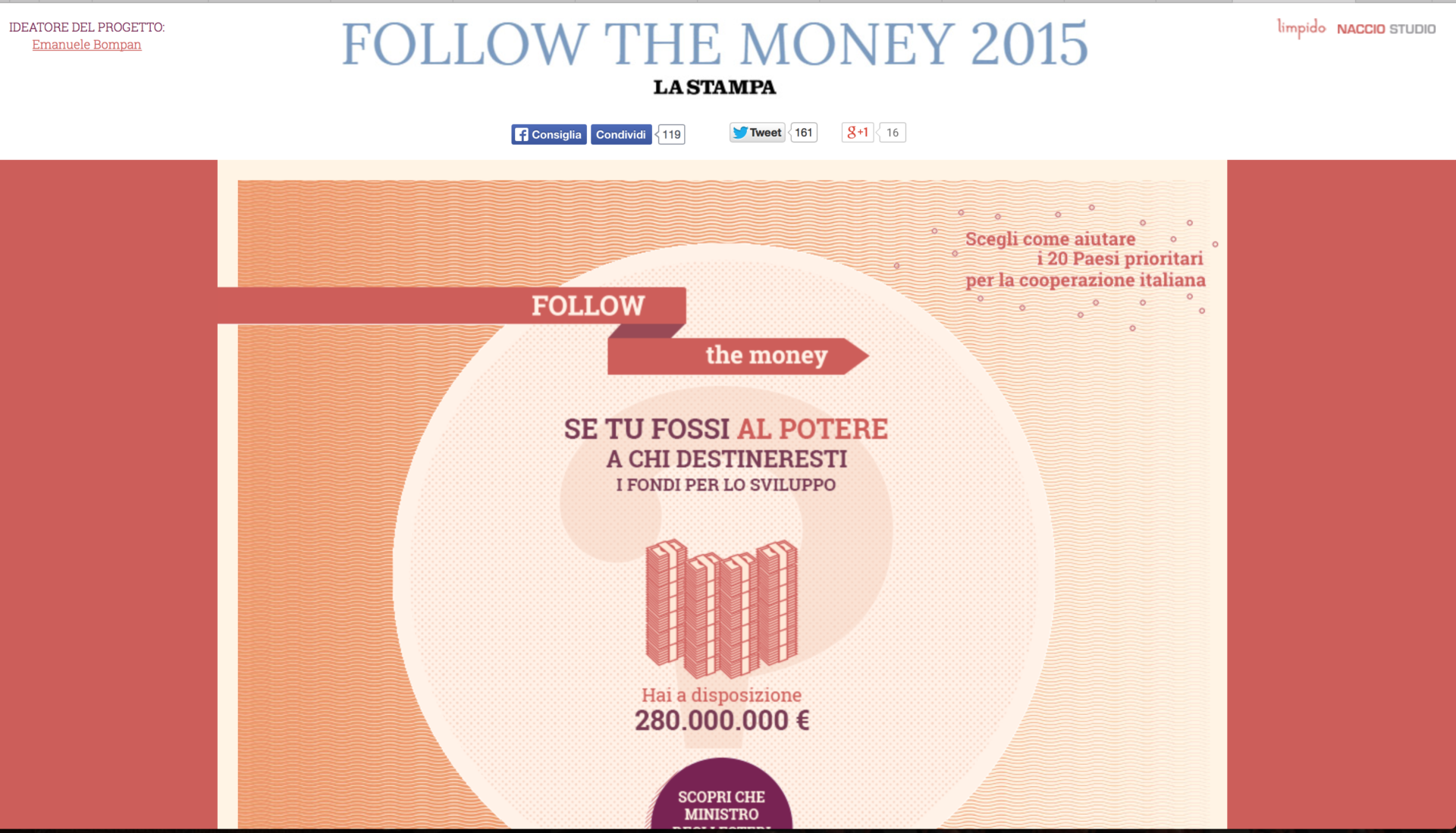 How would you spend money in cooperation and development, if you were the minister of foreign affairs?

On 24 January 2014, the Council of Ministers discussed the Italian Development Cooperation Reform Act. This reform, pending approval, discusses the creation of an Agency for Development Cooperation and the allocation of more funds toward new cooperation projects. In these changing times, it is essential that cooperation in Italy becomes even more transparent and participatory, opening itself to the ideas and contributions of citizens to prevent the phenomenon of aid fatigue.

Follow the Money 2 continues the project Follow the Money begun in 2013 by La Stampa, a leading Italian newspaper that has opened an important debate on how Italian development aid is spent, and which inaugurated La Stampa's new Development Cooperation section. "Right now it is important to make financing methods and projects more visible," declared Lapo Pistelli, Vice-Minister for Foreign Affairs, "in an effort to engage the wishes of the people and explain to them the reasons and circumstances that will lead to even more work on international cooperation." The project aims to make the Italian Cooperation system accountable to Italy's own citizens by developing a media watchdog, both online and in print, to provide a broad, two-way exchange of information, broken down as follows:

1. The data journalism website, http://followthemoney.lastampa.it, is implemented with new data and information on how public money is spent. A public survey application gives a voice to readers, NGOs and other associations, to show how they want the Italian government to spend public money.