Can Quinoa Feed the World?

This story asks how quinoa, a seed cultivated for thousands years in the andean region, started to conquer the world 10 years ago and how this impacts andean growers and world security. 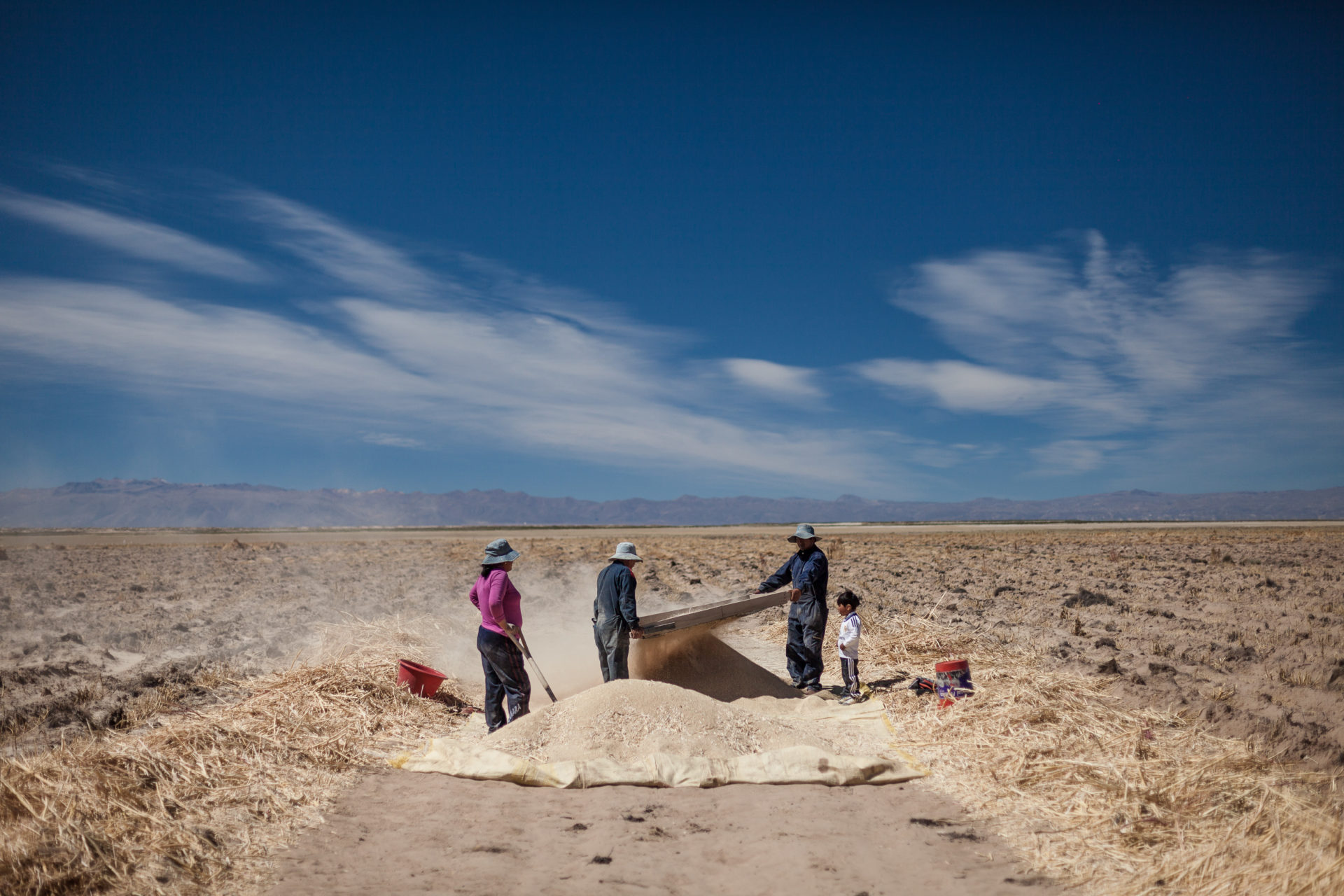 In the 80s, only a few scientists and hippies had heard of quinoa in Paris, New York or Berlin. The Inca "gold seed" had been consumed for thousands of years in South America but only started to become a global market in the 2000's. Since then, its exports never stopped to increase. Exports from Bolivia and Peru, which produce more of 90% of world quinoa, to Occident, increased by 88% between 2003 and 2013 according to the FAO and its price multiplied by 4 in 10 years. In 2014, the quinoa market represented 383 billions of dollars only in these two countries, an amount of money that cannot be neglected in a region where nearly half of the population lives in poverty and suffers from malnutrition according to the Economical Commission for South America and the Caribe (Cepal).

In Western countries, eating quinoa is usually associated to responsible eating and fair trade, but is its boom really good for Andean populations? With our project, we aim to report the full process of the quinoa production, from its sowing in Bolivian altiplanos to its arrival in the plates of Westerners. This project depicts the impact of the quinoa's Western boom on the Andean region, the spreading of its cultivation to the rest of the world and explain how consumer choices are directly impacting the life of growers. The project aims to open the eyes of the consumer on the supply chain of the quinoa through the multimedia articles and video that will be published.

The project describes how much is produced, where it is cultivated, its trail and what kind of product is made with quinoa. In addition, it emphasises the impact of its delivery, what stakes are linked to the fast transition from a subsistence agriculture to an exportation agriculture and how this transition will directly change the life of the Andean populations and the economical balance of this South American region.