"Art Beyond Borders" is a participatory graphic novel, and 360 video, reporting the challenges faced by children in the under-developed Central African Republic. 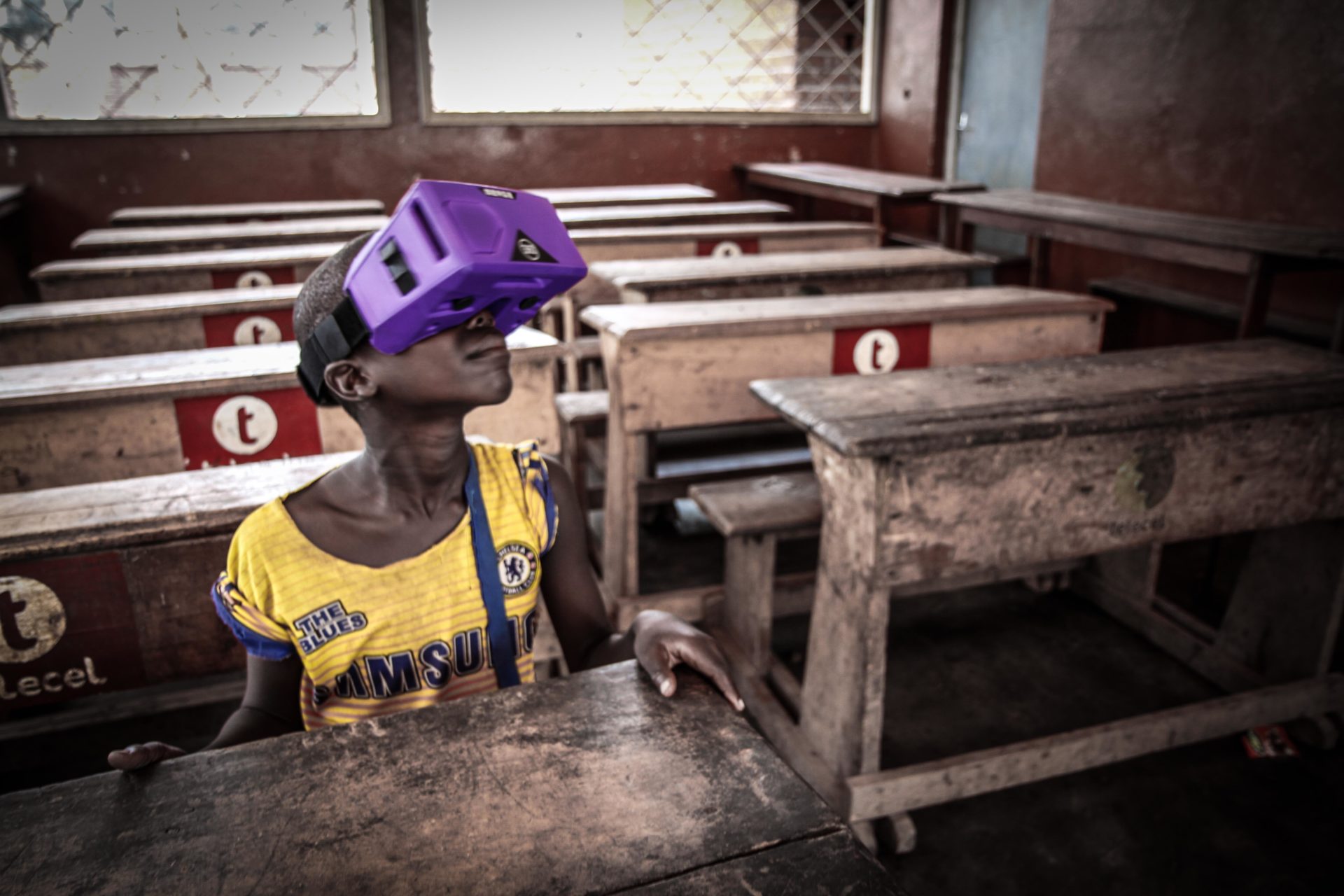 Central African Republic (CAR) is one of the worst countries in the world to be a child. Sitting second only to Niger at the bottom of the UN’s human development index, the country’s children grow up within a crippled infrastructure beset by poverty, food insecurity and malnutrition, low literacy levels, high rates of child marriage and FGM, and poor access to water, sanitation and health services. The recent conflict exacerbated this already dire situation where over half of the 2.3 million people affected are children - and, in a country where 40% of the population are under 15, the conflict will have a significant ripple effect on CAR’s future development. And three years on, a quarter of schools remain closed due to damage inflicted by militias, insecurity and displacement; only a third of children are enrolled. Thousands became child soldiers and remain too traumatised to return to the classroom.

The #ArtBeyondBorders project will produce an immersive photo/graphic novel. The title refers not only to the project’s illustrated format, but also its adoption of a ground-breaking, “live” choose-your-own-adventure-style format, making the project truly “interactive”. This innovative and empowering approach will engage a western audience which may otherwise be uninterested in CAR, and allow them to cross borders and highlight threads Ellison can investigate further while still in-country. Imagine the reader helping the journalist in their storytelling; offering input as an “armchair foreign correspondent”. What questions weren’t asked; who should ‘we’ speak to, or where should ‘we’ travel to, next. This encourages readers to monitor the project via the #ArtBeyondBorders hashtag on Twitter and Instagram, but also for them to proactively offer thoughts and responses to questions posed by the reporter and artist.

Acting as a citizen reporter, local artist Didier Kassai will provide a uniquely un-western gaze as he travels around CAR capturing children’s testimonies on paper. As in the work of graphic journalist Joe Sacco, Kassai will be the narrative thread linking each chapter. Families and aid workers will also provide context via popup video interviews. Each chapter will be framed around key sustainable development goals. The comic will also objectively document what the government and aid agencies are doing to help the kids including: back to school initiatives, learning spaces in IDP camps, efforts to combat child marriage, vocational training for ex-combatants, and health/sanitation programs.

Taking the New York Times’ “The Displaced” as inspiration, this project will also produce a secondary product: a 360 video. This provides an immersive experience for the viewer as they accompany Kassai to classrooms, vocational skills training centres, villages and hospitals. This intimate video will act as an “empathy machine”, giving viewers a first-person view of the challenges children in CAR face today.