The Formidable Queen Mothers of Ghana

Queen Mothers in Ghana have reclaimed and modernized their traditional role, bringing social and economic changes across the country. This story is about women leadership and ingenuity - of a little known, but remarkable institution. 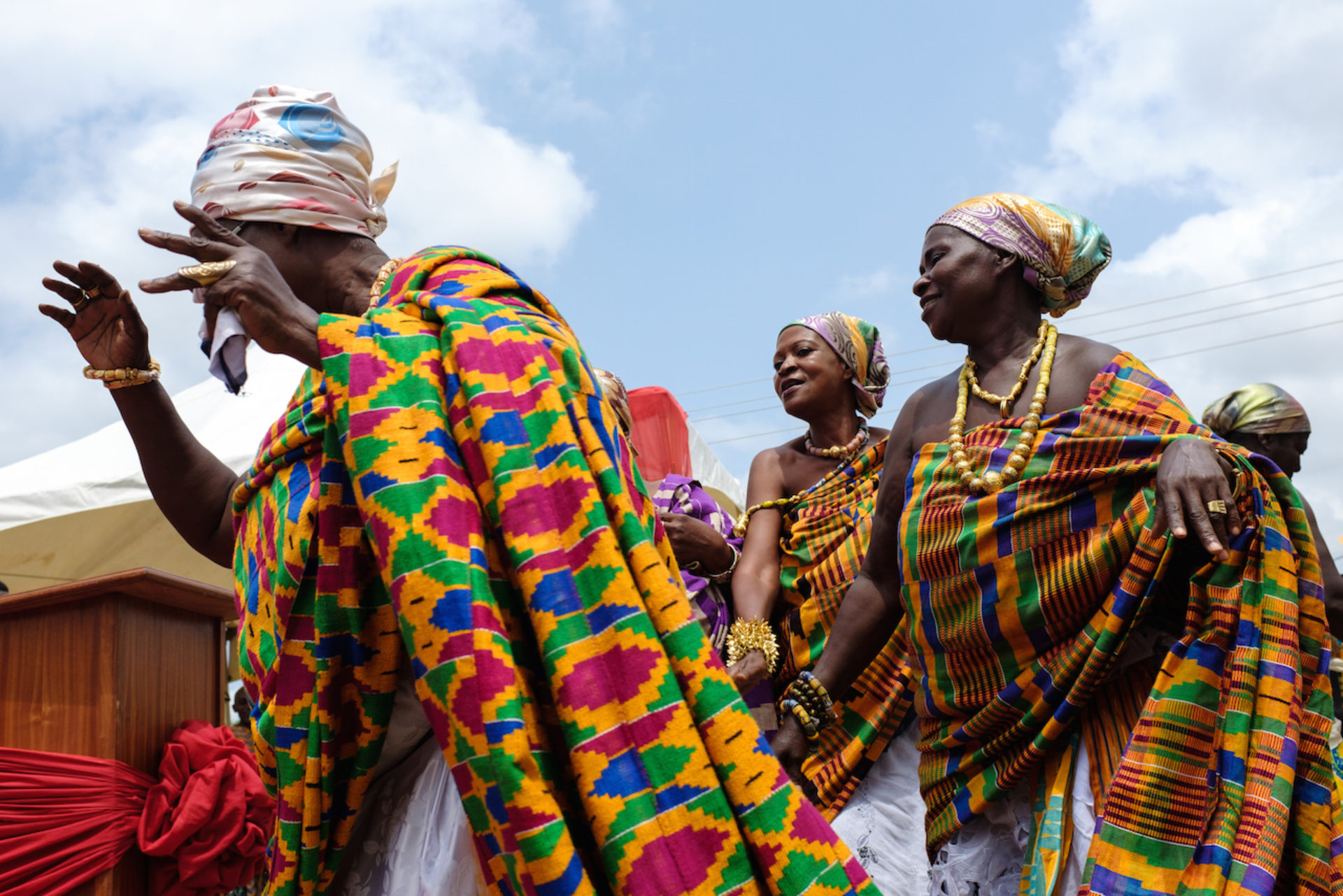 “We are called Queen Mothers because as Queens we are partners to the chiefs and as Mothers, we are looking after the whole community.”

Queen Mothers are traditional female leaders, drawn from the relevant royal lineages, who are mostly responsible for women's and children's issues in their respective communities. In the south, this tradition has existed for centuries, along with chieftaincy, the pre-colonial institution of governance. Colonialists, however, by-passed the Queen Mothers, negotiating only with the chiefs, so their influence dwindled. After independence, the new government didn’t include them in the institutions representing the regions and their role became mostly ceremonial.

Over the past few years, however, as they became better educated and connected, Queen Mothers have started to reclaim their traditional role – and modernize it. They see it as a valuable tool for women empowerment and development in their communities and whole country.

Today, most villages, clans and regions of Ghana have a Queen Mother. It is estimated there are some 10,000 of them across the country. They each have their own vision and priorities for their communities. In the villages we have visited, we have seen programmes on everything from climate change, girls’ education and teenage pregnancy to sanitation, HIV, income generation and more. At regional and national levels, the Queen Mothers devise strategies and campaigns. Two years ago, they have reached out to other African countries and formed a pan-African network of women traditional leaders, who can speak with one voice on continental-wide issues and have a real impact.

This emerging approach to women leadership in Africa is exciting, but surprisingly little known. This is a timely, positive story that can offer a more inclusive model of development and an inspiration to similar societies.

Our team spent a week with Queen Mothers in the rural Lawra Traditional Area in the Upper West region to see how they work in their villages and one week with a Queen Mother in Ho, a city in the Volta. We also interviewed several Queen Mothers and experts in Accra.

Our coverage includes a 2,500-word story for The Telegraph Magazine, with photos and short video clips, as well as a multimedia project incorporating videos, photos, texts and music, presented on a purpose-built website. We are planning to syndicate the print article and diffuse the multimedia on social media and relevant media outlets, including Thomson Reuters' Trust.org.