Small and Medium-sized Enterprises (SMEs) have been a steadily growing business in Africa, encompassing 70% of African GDP and 25% of formal jobs on the continent. Despite the significant numbers, they still have their impact on the society underestimated. The project Small is Powerful (SIP), coordinated by French photojournalist Joan Bardeletti, challenges the stereotypes about the continent’s SMEs and highlights ways through which these enterprises contribute to the sustainable development of their regions.


Using a diversified approach, the Small is Powerful project brings to life the stories of five SMEs spread across Africa. A web documentary, a dedicated website, publications, a book, an exhibition and conferences are part of the project. The EJC has interviewed Joan with the aim of understanding the work behind this comprehensive project. 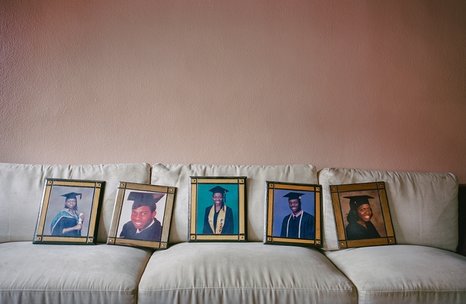 What is in short the aim of the SIP project?

Small is Powerful is an advocacy project which aims to inform people about the importance and the role of small and medium-sized companies for development in Africa. For the large public, the economy in Africa is either based on microcredit or on large multinationals. It is very rare for the media to touch upon the small companies that are increasingly growing in Africa. With the SIP project, we want to demonstrate that these types of enterprises have been doing a great job in fostering development throughout the continent.

What misleading perceptions did your project try to change and how?

Besides the belief that there is no middle way in Africa’s economy, there is also the misconception that small companies produce in a very artisanal manner there. We try to break this stereotype by presenting companies such as IOT, in Madagascar, which has a unique patent to breed sea cucumber worth gold in China, or Agrisatch, in Benin, which produces everyday 100.000 eggs with European sanitary levels. Actually some of the people who are running these enterprises have studied or worked abroad and came back because they see Africa as a land of opportunity. They have knowledge and they also train local people, which is very important.

One thing we wanted to show is that despite the fact that the black market is still big in Africa, comprehending more than 50% of the continent’s economy, more and more companies are going into the formal system. The black market is easy, there are no taxes nor formal salaries within it. Therefore these companies deserve a lot of recognition, as they willingly choose to pay taxes, train people and give them formal job agreements - things that stimulate the development of their regions.

What’s the role of African SME on the development of their regions?

What is interesting to realise is that it is possible to foster development without intending to do so. These companies are neither NGOs nor do they include in their values a social impact aim. But they do contribute a lot just by being there. This is because SMEs have to fully integrate into the communities where they are located.

There are several other beneficial aspects of SMEs. For example, SMEs have to have at the core of their business a service useful for the local people, since they are not able to export their products to Europe or America as they are too small. An example of this is the Senegalese company NEST, which offers high-quality health services to women and young child at reasonable prices.

SMEs also hire many young people since they cannot afford to pay high wages. At the same time the hired graduates need to manage many responsible tasks, which is certainly a great advantage when starting off. 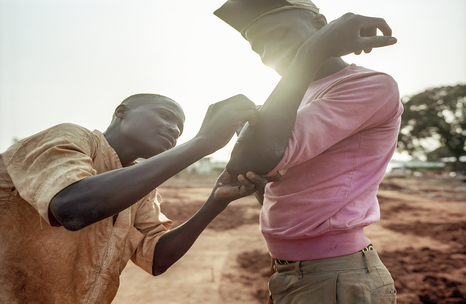 Five SME from throughout Africa are explored in detail in your project. What is so special about them?

We wanted to give a broad and diverse view of the continent, so we selected five companies that performed different business activities coming from across a mix of African countries.

Our goal was to show how these companies change the life of citizens, clients, employees and stakeholders. The company from Mauritania deals with renewable energy, bringing water and light to local people. The one in Senegal constructs new types of health structures for the middle class. In Benin, the enterprise uses industrial process to produce large quantity of eggs, reducing their prices by 25%. The company in Nigeria is in the business of recycling. And the one in Madagascaris dedicated to the creation of a new type of sea agriculture, working hand in hand with villages that can no longer make a living from fishing.

Was it difficult to obtain data from the SMEs?

It was one of the conditions for companies to participate in the project. In return for being highlighted in the project, all the companies needed to be fully transparent about how they run their business.

We did an impact assessment with each of the enterprises. During three months, we had Skype meetings with the CEOs, asking several questions such as: How much do you pay your employees? How did you make sure your competitors were not killed when you arrived? What is your relationship with the government? How much do you pay in taxes? It required a big involvement from them as well. Through the impact assessment matrix, I could perceive what was unique for each company and based on that I decided what to shoot as a photographer. 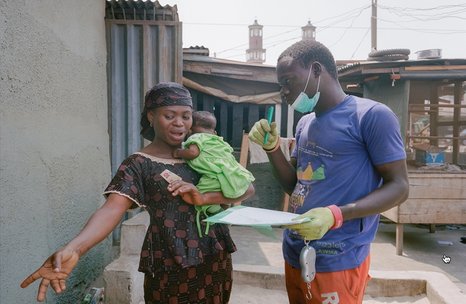 Universities, companies and associations interested in the project can sign up for a large-format travelling exhibition of the SIP project. What is part of the exhibition and how does it help to raise awareness about the issue?

The idea behind the exhibition is to present the project wider, including the outcomes. Although it is a big exhibition, containing nine panels of two by two meters, it was designed in a shape that enables it to be easily folded and carried out to wherever we want to present it.

Up to the moment, we have already been at seven university conferences and at five big development events, including at the European Development Days, held in June 2015.

Through a partnership with the European Union, we also set up the exhibition in universities for periods of up to ten days. Together with specialists in development entrepreneurship, company CEOs we discuss the project’s findings. So far, the event has taken place in several French universities and we hope to continue showcasing it.

Your team was composed by seven professionals from different fields. Why such a big team was needed and what kind of expertise was necessary?

The team was big because we tried to tackle different audiences. Nowadays you cannot spread your message through an unique channel, as it was the case 20 years ago. In the past if you had an article published only by one big magazine, everybody would see it. Now there are different channels and target groups and you need to adapt your content to reach these diverse audiences.

A social network specialist was necessary to give us a good presence on Facebook and Twitter. This was important also because Facebook is one of the best ways to reach the African audience. In the case of the web documentary, I directed it. However, as I am a photographer and a videomaker, I do not know how to develop it so we also needed someone responsible for programming it. For the exhibition, we worked with graphic artists who designed it in a suitable way for travels. For the films a sound expert was necessary as well. 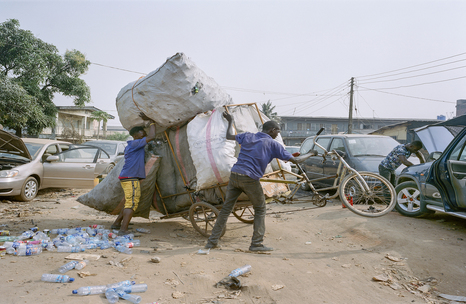 What have you learned in relation to teamwork during this project?

What I learned on SIP is to involve the team from the beginning in the decisions of the project. Involving, for example, the sound expert in the decision-making process of other parts of the work, like the exhibition or the book, gave him a better knowledge and understanding of the project as whole. In this way, each team member can do their job in a much better and easier way.

Do you have tips for fellow grantees regarding the production and editing of a web documentary?

From the beginning, we defined the message we wanted to carry as well as the audience we wanted to reach. This is very important because we get emotionally involved with the stories and scenes we come across. You will want that nice picture or that interesting guy to be seen because they are so unique, but are they really necessary to the story? So we tried to keep the initial decisions always in mind during the shootings and editing process.

Another thing is to keep the web documentary simple. Keep in mind that if people spend two minutes in your web doc, it means you did a great product. Therefore, think what is the message you want to deliver in these two minutes and spend most of your time working on this initial part, which will be what 80% of the audience will see. In our case, we spent six months developing the web doc. It worked well in the end, but I think that we could have done something just a little simpler that would have costed us a lot less money and time and still deliver our message.

Media like El Pais, Internazionale, Le Monde and RFI have published your productions. How to get a complex project published by so many media? Is it personal connections or a good product that make the difference?

I think both a good product and personal connections are necessary. Without one of them, it is difficult to get your project published. You need to have a good story and it is important to pitch it well to the media outlets. Personal connections make the process easier since editors receive so many emails everyday that they are not able to open them all.

If you want to get your project released internationally, a good strategy is to publish with a big media that you have strong connections with and ask them to recommend you personally to editors of other countries. The journalists from big organisations know each other and they will not care about competition if the other media you are interested in is from a different country. 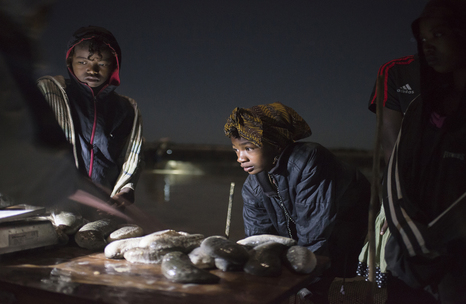 Have you faced any technical difficulties while producing the web documentary for these media companies?

Even though we asked them the technical requirements in the beginning of the process, we had problems because they did not give us the complete set of information we needed. I think you should have a very frequent exchange with the media outlets. Not just at the beginning and at the end, as it was our case. That is not enough. A suggestion would be to get in contact every month, asking them if you are on the right path and whether there is any issue with the technical details.

How has the audience reacted to your project?

I received emails from people who were interested in taking part in the project. Besides that, the feedback during the conferences and exhibitions was very good. Lots of people asked questions about how to work in Africa. Students from Africa who moved to France and wanted to go back to their countries also got very interested in the project. Now I want to bring the conferences, exhibitions and events to Africa as well.

When you are doing an EJC project, I think it is very important to find a way to interact with people, either by doing on-site events or by having a strong social network focus. 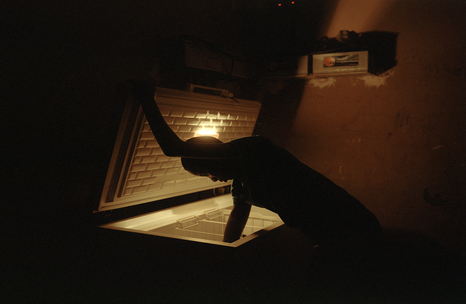 An interview by Sarita Reed, intern at the European Journalism Centre. Sarita graduated in journalism at UFRGS, in Brazil, and is currently a Master student in Media Culture at Maastricht University.