Narratives on the world’s biggest cities are often imbued with doom and gloom scenarios. Cities struggle to win the battle against climate change and overpopulation, or so it seems. But Dutch journalist Stephanie Bakker and photographer Yvonne Brandwijk, our round three grantees, found that there is a silver lining. Fast growing cities can, in fact, inspire entire generations to reinvigorate their heritage and fast forward into a sustainable future. The pair picked five cities in developing countries to find out the key to success. Now Stephanie shares her thoughts on their five-part web documentary Future Cities with us.


Future Cities focuses on five cities that are at the forefront of developing a new economy in which creativity and entrepreneurship play a huge role. How did you know which cities to pick?

Stephanie: ‘Many institutes and consultancy firms publish lists on which cities are or will be experiencing economic growth. We examined these lists and asked ourselves: which places are developing rapidly, and how surprising is such growth? What makes these cities unique? These questions prompted further research into otherwise unknown places and economic forces.

This process was not as easy as it sounds. As soon as certain themes become mainstream, your story is gone. We continuously had to reconsider themes and see whether cities were still as “underground.” When an expert working for an NGO told us about a fashion boom in Kinshasa, we had to cross-check this with many other experts first.’ 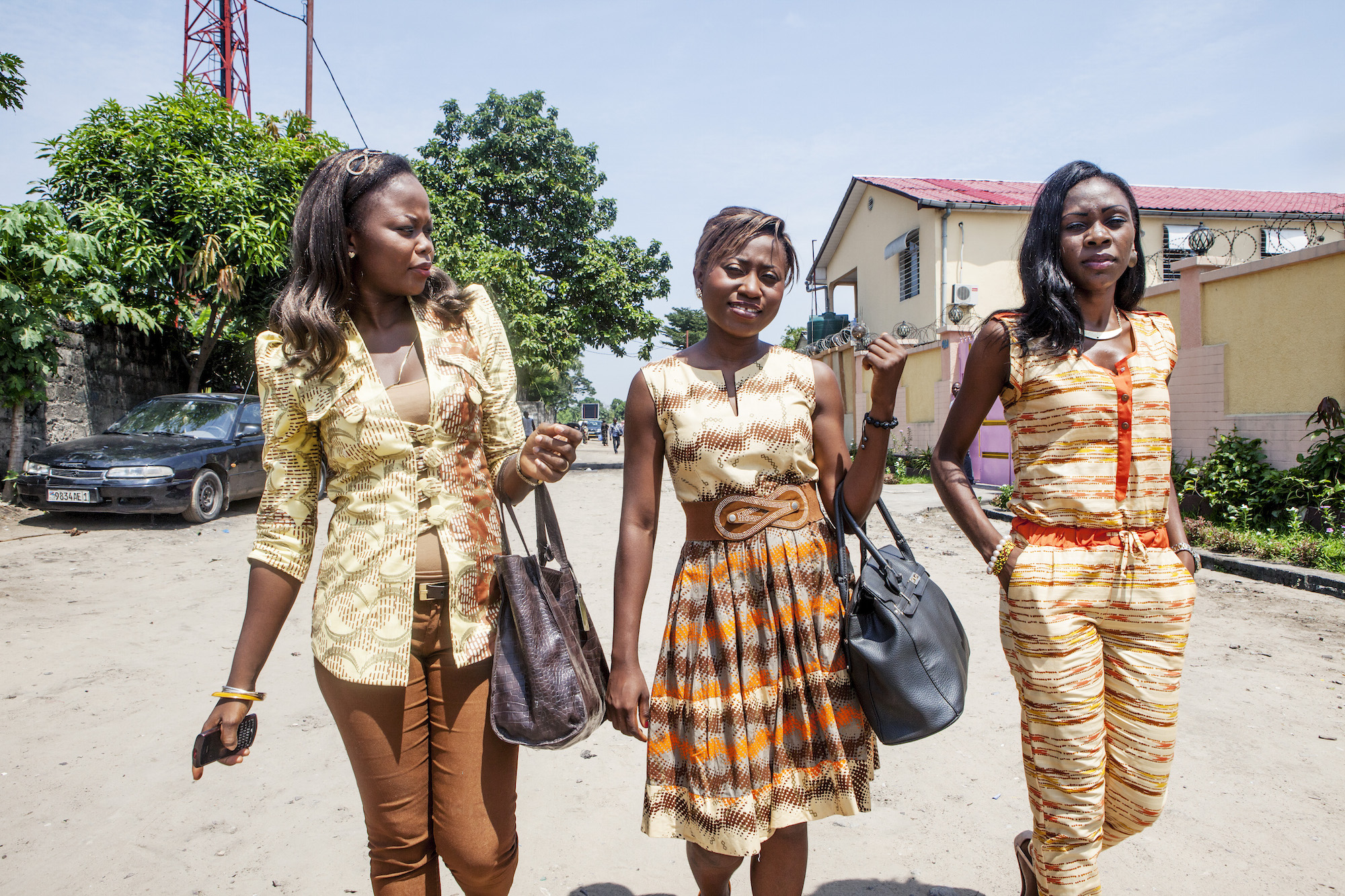 Let’s take the fashion industry in Congo as an example. How was the idea for this project conceived?

‘Kinshasa, the Congolese capital, is slowly becoming peppered with fashion boutiques and shows. Style and creativity are in the DNA of the Congolese, and now their economy is growing fast, fashion is getting more and more important. At a first glance, no one would regard Congo as being a hotspot for fashionistas. But we knew there was a story to tell here. Yvonne and I had already done a small item on Vlisco before as freelancers. Vlisco is a Dutch company designing and manufacturing wax-printed fabrics for the African market. When we found out that the fashion industry is booming in Congo, it was easy for us to tap into our existing network of contacts. What we found in Congo inspired us to develop a bigger narrative and include other cities as well.’

The first story on Congo was published by the Dutch newspaper de Volkskrant. The other four stories will be released in the near future. Could you give us a sneak preview of what you found elsewhere?

‘Alongside Kinshasa, we are focusing on four other cities. The second Future City is the capital of Peru, Lima, which has seen a massive gastronomic boom in recent years. Food now occupies a pride of place and glues people together as a society.

We actually just returned from Medellin, the second largest city of Colombia and the Silicon Valley of South America. The difference with Silicon Valley is that the Colombian nerds do not see themselves as mere mouthpieces of large companies like Google, but they want to bring in new, local ideas that can innovate the city.

The fourth Future City is Yangon in Myanmar. In the 1920s, Yangon was the New York of Asia. After nearly half a century of dictatorship, it is now emerging with new blood who are searching for freedom through arts and culture.

The final city in this series is Addis Ababa, where jazz is currently undergoing a revival. Like in many other cities, culture and the arts could not thrive under a dictatorship, which Ethiopia, too, experienced. Now these economies are growing, people are rediscovering, exploring and celebrating their heritage.’ 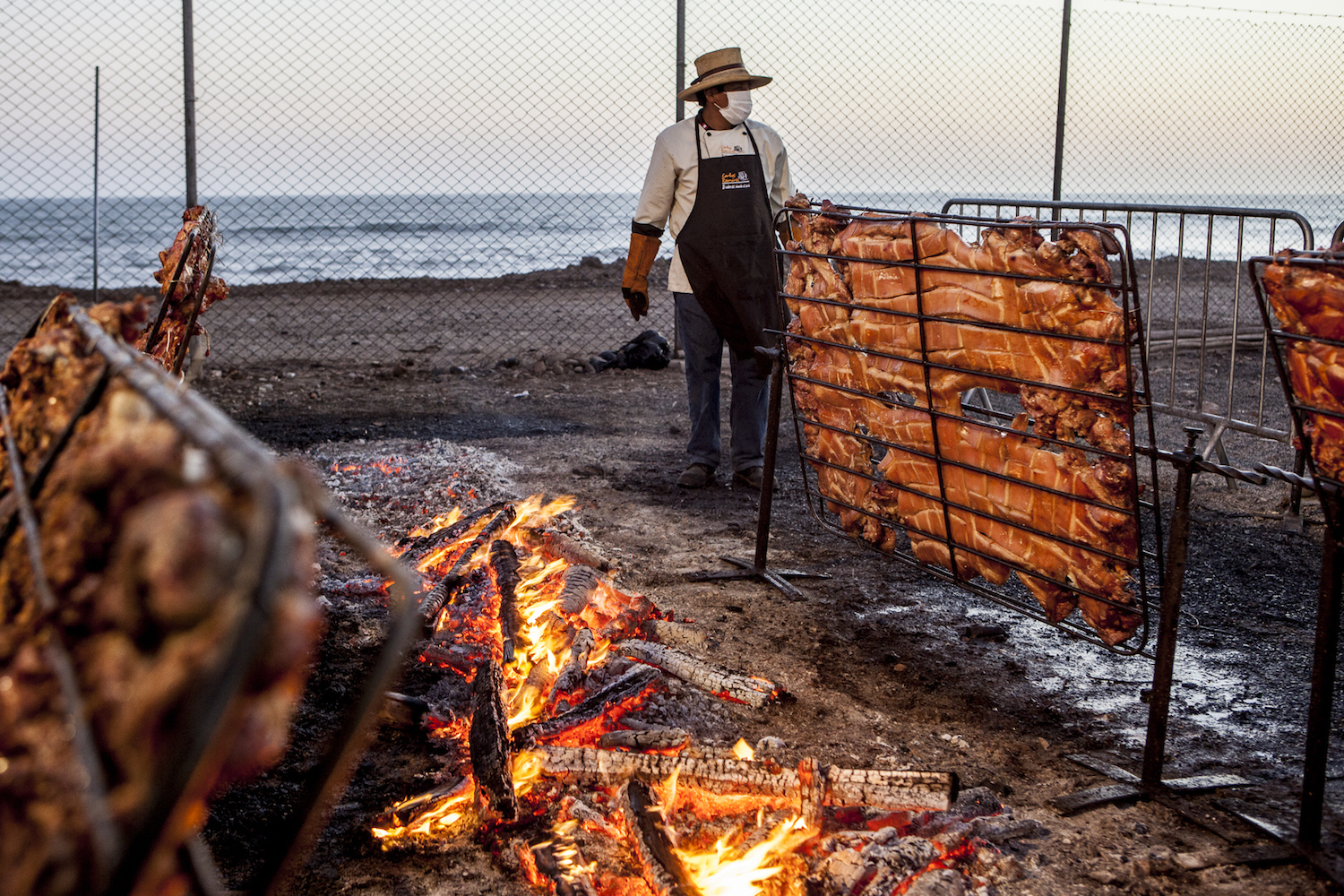 Why did you decide to publish your stories in the form of an interactive multimedia documentary?

‘At first, we did not envisage our stories to be produced on a microsite embedded on the website of de Volkskrant. In our minds, a couple of feature pieces would work just as well, in print or digital. Only after we sat down with their Chef Digital, we realised we should develop something exclusive. We did not really have to convince him. From the start, he helped us with executing the idea.

As we are aiming to transmit the knowledge, inspiration and energy from emerging cities, a multimedia approach also works very well. In our web documentary we mix different media to create a total experience of being in the heart of a city you do not know or you had a different perception of.’

The online documentary is relatively long and requires people’s full attention. How was the project perceived by the readers?

‘We received many emails and tweets of people who said our approach to storytelling was refreshing. The Belgian newspaper De Morgen decided to republish the story in their print edition, Francophone and pan-American newspaper Le Monde Afrique released it online.

People really felt as if they were in Kinshasa. I think it helped that we had a constructive approach, focusing on positive change. Urbanisation is normally written about from a negative perspective only. But positive examples, such as Kinshasa, can just as much address persistent problems in society.

Another thing that helped was connecting these worlds to our lives in Europe. We wanted to show people that what happens in these cities, also concerns us and affects our economies. That is why we use terms like the Silicon Valley of South America and the Paris of Africa – they narrow the distance between two seemingly different worlds.’ 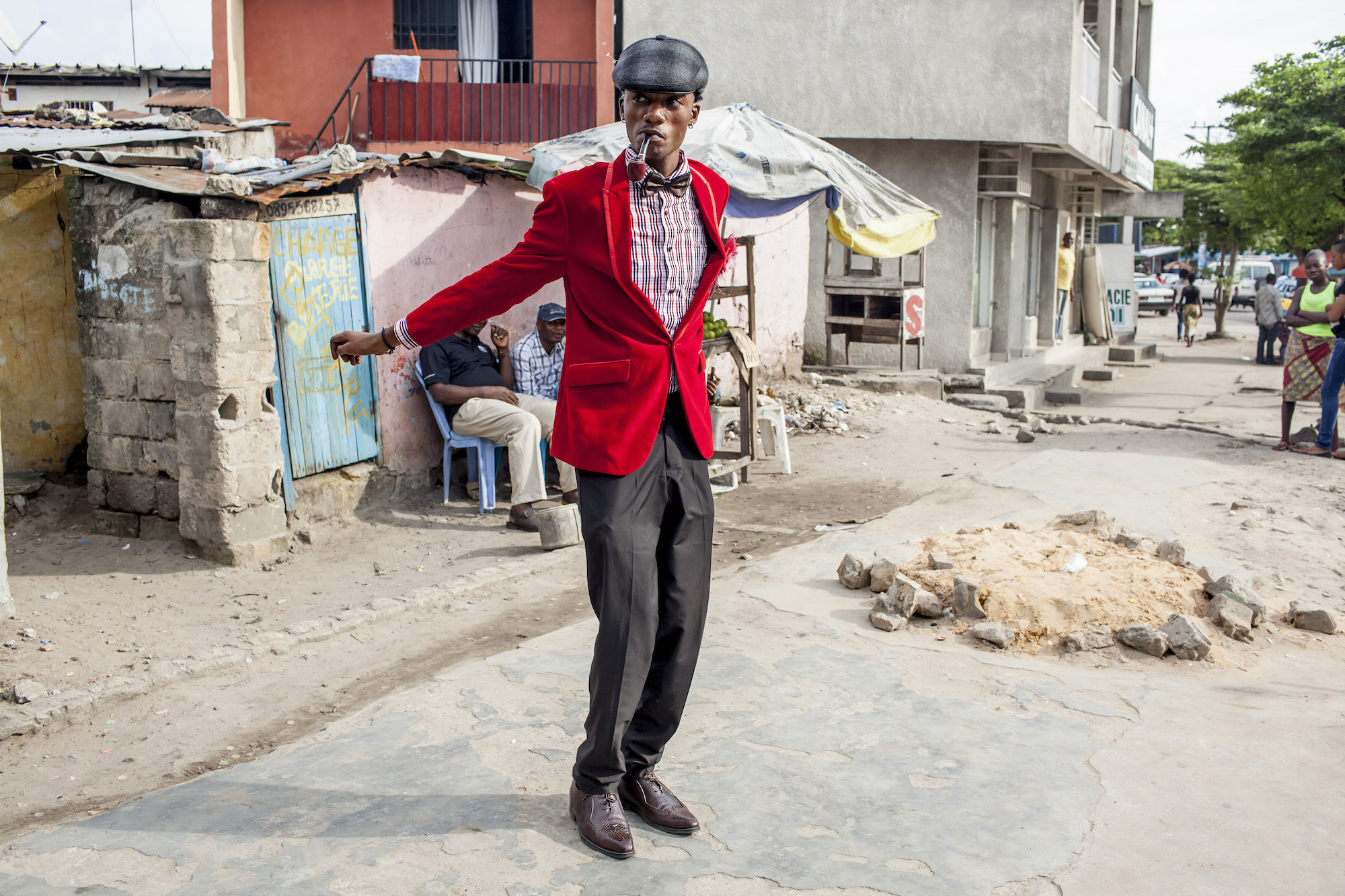 Did de Volkskrant regard this project as a success?

‘Our project was received really well by the editors. Our story and other successful multimedia projects inspired de Volkskrant to set up a cross-media desk, which is occupied with making similar productions. But doing so is not that easy, it requires a cultural change within the newsroom.'

What should change in traditional newsrooms in order to prepare them for productions like yours?

‘Most newspapers are very traditional. Each time a multimedia feature is produced, they are fixated on numbers: how many people actually watch the production from beginning to end? Such measurements are barely taken into consideration when it comes to ordinary newspaper articles.

Yvonne and I did not solely care about these numbers. Our goal is to inspire and energise readers and viewers regardless of the time they spend navigating through the documentary. Of course, we love it when people come back to watch yet another of our videos. As a journalist, you want to tell your story and you want many to read it. But sometimes it only takes a single image or a headline to change people’s minds. Take the Guardian’s interactive documentary on the clothing industry. I doubt that most people watched it from start to finish. Yet, it is so powerful just by the looks of it.’ 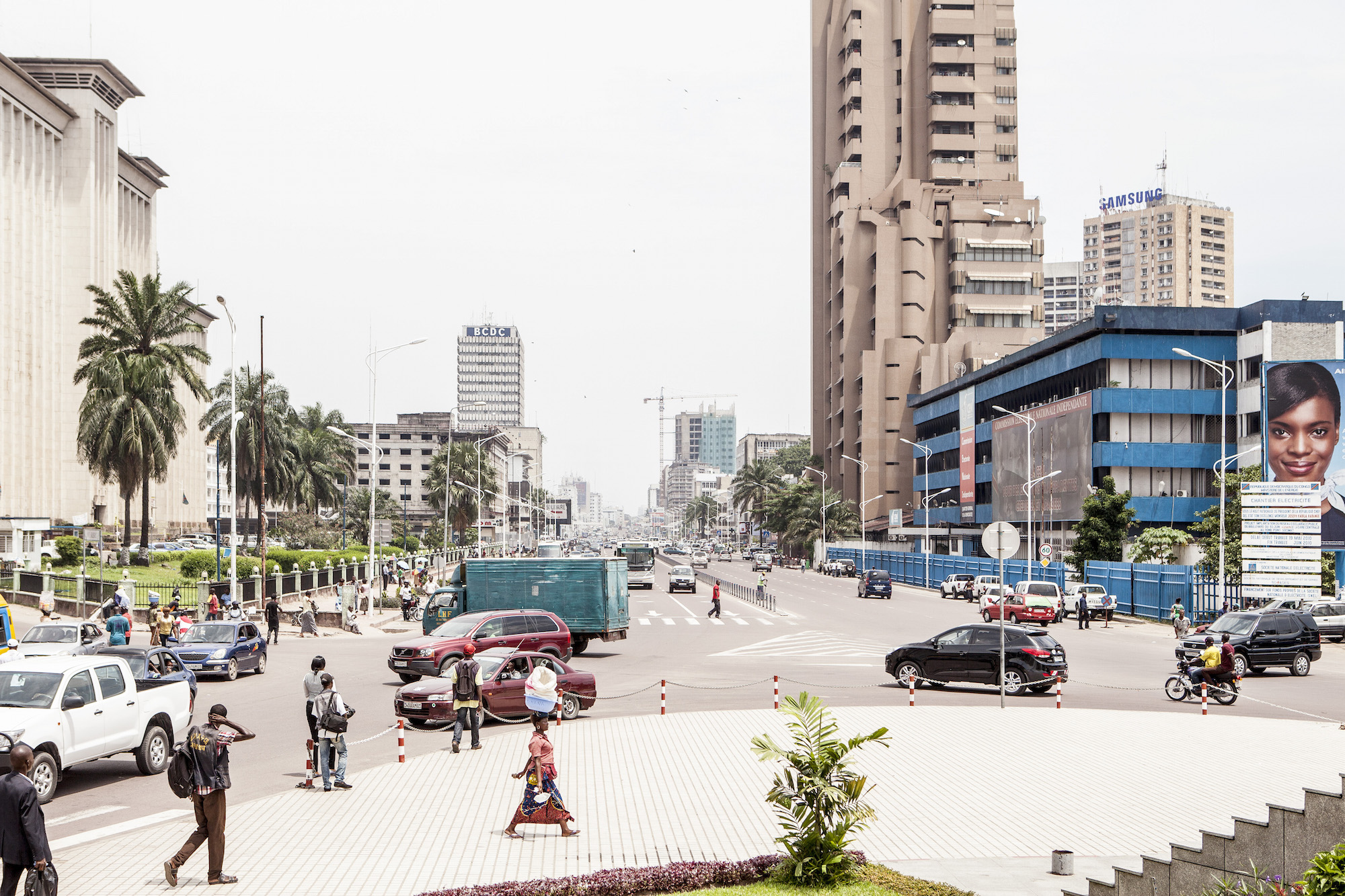 Making this production has been a massive undertaking. Both of you have worked on this non-stop for an extended period of time. What have you learned during the process?

‘This production has costed us a lot of money and time, but it has been a worthwhile investment. We learned a lot. We now know which people to contact. At first, we did not quite know what people our team should be comprised of: how should designers, coders and journalists actually collaborate? Now we know how to set up teams with people of different backgrounds, which is essential for any multimedia production.

More important, we have refined our storytelling skills. With web documentaries like ours, you keep on going back to the essence, as you cannot have long strings of text. With sound, visuals and very few words, you need to create a 360-degree image that resonates with the reader straight away. Of course, this process is coupled with much frustration and despair, and eventually you even begin to doubt your skills as a journalist. But eventually you overcome these problems. It is learning by doing.

Yvonne and I have really grown as professionals. We have reinvented ourselves. I am certain that our second documentary will not take as long to produce. I hope we now belong to pioneers of new storytelling in the Netherlands.’

What is the future for Future Cities?

‘A cultural venue in the Netherlands, Pakhuis de Zwijger, have asked us to set up themed evenings in consultation with their event programmers – a great honour. We are also trying to sell our stories to foreign outlets. The abundance of material on Kinshasa also enabled us to write shorter stories for other Dutch outlets. For example, the Dutch magazine Elsevier Juist published our feature piece on a building project in the Congo river. We will continue creating tailored pieces for different outlets.

Yvonne and I already vowed to never go back to ordinary news reporting. Future Cities has set the bar incredibly high. Longer projects like these are much more rewarding than short articles in the end. But the rules of interactive documentary making have not been set yet, meaning we have ample room for experiments and creativity.’

This article was written by Maaike Goslinga, the editor of the European Journalism Centre and Journalismgrants.org. All photos © Yvonne Brandwijk.