Fish for Cheap is a web documentary exploring the harsh reality behind fishing agreements in Africa.The project describes how the Senegalese community is affected by the fishing agreements signed between the European Union and the local authorities. These deals benefit Europeans, whilst leading to the steady decrease of natural resources in Africa. In this interview we ask Stefano Liberti, Fish for Cheap’s project coordinator, about his views on the issue and we invite him to reflect on his personal experience as an EJC grantee.

Your investigation reveals that European vessels are depleting African waters of a valuable resource for the community—its fish. This a threat to many countries on the West Coast of Africa. Why did you choose to centre your attention on Senegal?

Stefano: ‘I have worked in many different African countries and therefore I got to understand that fishing agreements are perceived as a problem in many of them—particularly in Senegal, were many people rely on fish. A big portion of Senegalese citizens work and make a living out of fishing, either because they are fishermen or because they work on markets. Around 17% of the working population are employed in fish-related activities, which explains why anything to do with fish goes to the heart of many Senegalese.

Senegal’s agreements with the EU were suspended in 2006. A few years later, in 2014, the agreements were resumed. Ever since, the deals have been a widely discussed topic, which convinced me to do further research on the issue. I decided to apply to this grant so I could investigate deeply into the subject. It enabled me to talk to all stakeholders: local fishermen, owners of fishing vessels, several authorities and NGOs. I tried to collect as much material as possible and I assembled them all in this web documentary.’ 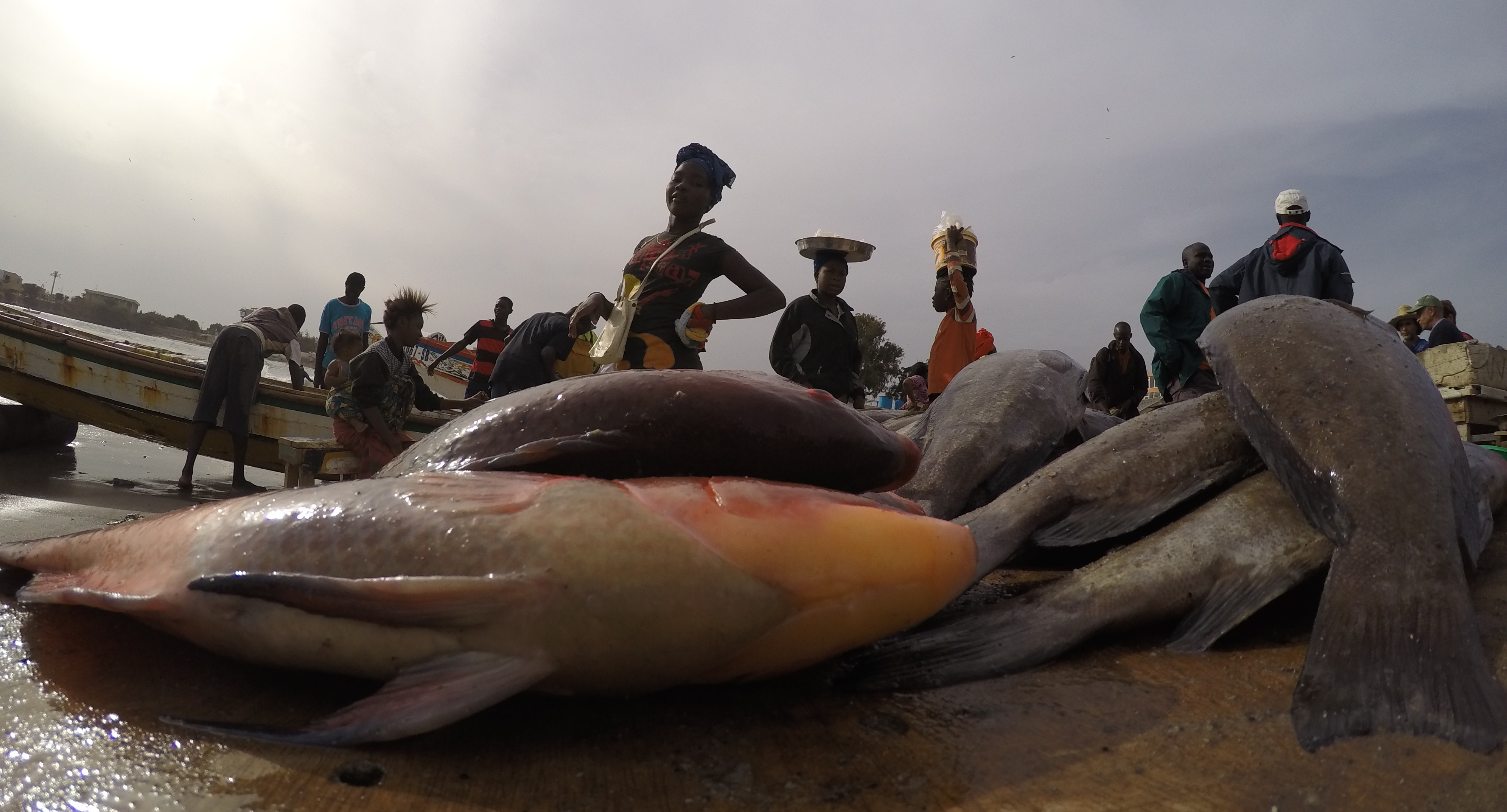 ‘This is something that local fishermen and people involved in related industries keep on saying. They can see how these agreements end up depriving them of their natural resources, but they have never been asked for their opinion. I think they are partly right, European fishing fleet receive subsidies from the EU whilst the local industry does not receive any type of aid from their government. This leads to an unfair competition.’

The final agreement states that there should be ‘sustainable development of local fishing through sectorial support.’ Is this happening? Does the EU have mechanisms to enforce this part of the agreement?

‘The EU should be responsible for monitoring the implementation of guidelines. To say if this is actually happening we should wait a bit more, as this agreement has only been implemented recently. Yet, local fishermen are feeling suspicious about it. They have seen foreign vessels fishing in their waters during the last thirty years without receiving any benefit at all.’

Your investigation also reveals an environmental concern: tuna is at risk of overexploitation and along with it, other fish are being caught without any control. This leads to the impoverishment of the ecosystem. How is the Senegalese fishing industry facing this situation?

‘People of the industry are starting to be more conscious about the threats of overexploitation. They are finally admitting that they are fishing too much. Tuna is a migratory species that goes all around, so it should not be solely considered as a Senegalese problem. All the oceans are overfished and this is an issue that has to be more regulated worldwide. Experts say that, in thirty years, there will not be any fish left.’

What are sustainable solutions for this?

‘Tuna species are mostly caught through purse sein. With this method other fish are also caught in the nets, meaning you have to throw them back in the water. One possible sustainable solution is to rely more on pole-and-line vessels that make it easier to select the fish that are caught. This is much more sustainable, but also more difficult and expensive. To use this system we have to add value to the tuna and change the system that has been used in the last thirty years, which regards tuna as a cheap commodity.’

You published your investigation in Internazionale, Courrier International and El País. Have you gotten any reaction to your work? Do you aim to achieve a concrete impact by exposing this ‘fishy’ reality?

‘Some readers have reached me explaining that they have linked the story to the immigration crisis. It has helped them to reflect on how we are complaining because of refugees coming to Europe, whilst we are exploiting them in their own countries at the same time.

I have not received any feedback from any official authority yet, but I wonder what my Spanish publication will provoke. African tuna is mainly fished by Spaniards and there is a very big industry in the country linked to both fishing and processing tuna factories. The Spanish Government has worked hard in monitoring illegal fishing in the past few years, so I guess Fish for Cheap covers subjects that are relevant to them.’

You had previously been awarded with one of the EJC grants. Was your way of approaching the topic on The Dark Side of Italian Tomato different than the approach for Fish for Cheap?

‘They are quite similar if we consider the investigation process. Both projects have been conducted through traditional journalism enquiries. In both cases I went to the field aiming to meet all the stakeholders and all the people involved in the topic.

But from the content point of view they are different. The Dark Side of Italian Tomato—which I have conceived and realised with colleague Mathilde Auvillain—describes the African market perspective, a market that has been affected by the EU-manufactured products. Fish for Cheap tells the story of fish, a raw material that is ‘stolen’ from the country. The topic is explained the other way around. Nevertheless, in both cases the local industry was not given an incentive to develop properly.'

For Fish for Cheap you collaborated with Jacopo Ottaviani, Isacco Chiaf and Mario Poeta. What added value does this team of different journalists bring to the project?

‘Each member of the team has different ideas and through exchanging these ideas we have learned a lot. From the beginning we agreed on following a traditional way of reporting, but also on presenting the information in a creative way. We thought that a web documentary was the best option, as it allowed us to find a balance between animations, videos and pictures. As a result, the project can be reached through different entrances, you can either watch the videos or read the texts to go through it. You can spend five or twenty minutes on it and be able to understand the whole story anyway. For us it was a new territory to explore and it was much better to do it collectively as a team rather than individually.’ 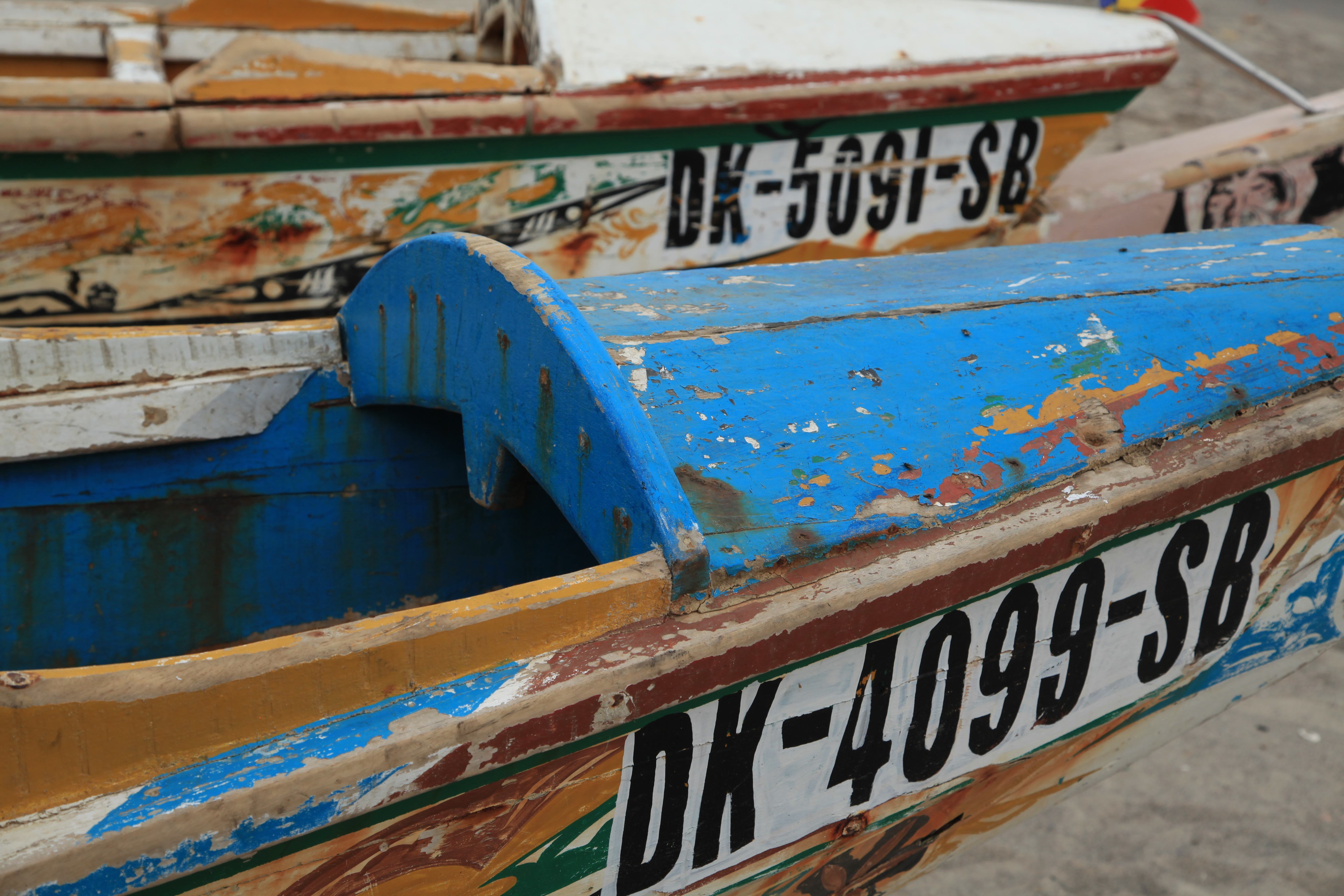 Are media publishers open to these new forms of presenting the information?

‘Media outlets—with a few exceptions—are not very open to these new ways of presenting information. The problem is that they do not know these new forms of journalism well, because they normally do not produce them. Producing an investigation like this costs a lot of money, which traditional media outlets are not willing to invest in, unless it is a very big story. As a consequence, they usually do not have the skills within their newsroom to pursue real innovation. The media crisis—and the spending cuts in all newsrooms—do not reverse this trend.’

What do you feel has been successful and unsuccessful in the final result of Fish for Cheap?

‘I think it would have been a good idea to include other international journalists in our team. Working with African journalists would have helped us to offer a different insight.

We could also have worked more on other forms to maximise the impact of the story. You usually spend around six months working on this type of journalistic work. When you get the story published, it is being pumped into the internet for a couple of days, maybe a week, and afterwards it is completely forgotten. Probably the best way to avoid this is to build a network before publishing the project by reaching specialised organizations that can promote your work and give a stronger follow up to it. We should think more about collaborative ways of working.

Regarding the successful part, I think we were able to prove what was just a suspicion at the beginning. We have learned why fishing agreements were preventing local industries to develop. Senegalese were really open with us and tried to make us understand their point of view. I am very glad that the investigation has been finally fulfilled.’

What advice would you give to those journalists thinking to apply for the EJC’s Innovation in Development Reporting Grant?

‘If you want to apply for one of the EJC grants you have to focus very much on the story. Your pitch has to be very convincing from a journalistic point of view. Beside this, it is important to think through the way you want to present it. These grants want to support innovative and experimental ways of doing journalism so it is essential to reinforce them.’

Andrea Abellán is an intern at the EJC headquarters in Maastricht. She studied journalism in Spain and Italy and has extensive working experience abroad. She is now finishing her Master in New Media and Digital Culture at Utrecht University.