By Lauren McNamara – In 2014, the French newspaper Le Monde sent several of their reporters and photographers to investigate the criminal activity of ecocide—a deliberate, planned large-scale destruction of wildlife and flora. They found that, despite the devastating impact on environment and society, tackling ecocide is a complicated matter: it is not widely recognised and current French and European legislation consists of legal loopholes.

The team—led by Marie-Béatrice Baudet, senior reporter at Le Monde, Serge Michel, editor in chief of Le Monde Afrique, legal expert Laurent Neyret and Le Monde’s (now former) editor-in-chief Gilles van Kote—decided to make a bold move. Rather than simply publishing the stories in print and online, they also released a book written by and for legal experts.

Why did the team choose for this two-step strategy? And did they ultimately convince legal experts and policy makers to take a clear stance on environmental crimes? In an interview with the European Journalism Centre, Gilles van Kote delves further into the project and its legal twist.

Why did your team believe it was so important to investigate into Ecocide?

In 2008, we launched the section ‘Planet’ in Le Monde, so we had a team of a dozen journalists very much focused on environmental issues. We became increasingly aware of the damages of environmental crimes on the world and it was therefore logical to try and give a comprehensive overview of ecocide. We wanted to show how ecocide is caused by corruption and, ultimately, people's greed for money.

Your team looked at five case studies. Can you tell us a bit more about why you chose these case studies in particular?

We tried to find topics that were different, but also complementary at the same time. The five specific domains were: wood contraband in Madagascar, counterfeit of banned pesticides, the illegal exploitation of thousands of mines in India, the clandestine road of waste from electrical and electronic equipment and the illicit trade of wild tigers.

It soon became evident that each particular case study would lead us to the same places over and over again. China, for example, is a huge enabler of ecocide in a way. Demand from the Chinese market is high and there is a lot of money involved. This has contributed to the growth of illicit wood trafficking, for example, and an increase in electronic waste. It is, however, important not to forget that this is a worldwide problem and not just a Chinese one.

What was the hardest part about this investigation?

Doing our investigative work was not different from any other investigation. However, I came to realise that the international level of illicit trafficking is very difficult to manage. If you have a traffic route from France to China, through Belgium and Vietnam, who do you condemn? Judges, the police, lawyers and any other organisation are finding it very difficult to tackle this issue. It is a transnational problem and chain of responsibility. It is extremely difficult to fight crimes that are scattered all over the globe. You need tools for the police and justice system to fight ecocide, which currently do not exist. What makes it even more complicated is the fact that, to most people, economic factors have far higher priority than ecological ones. 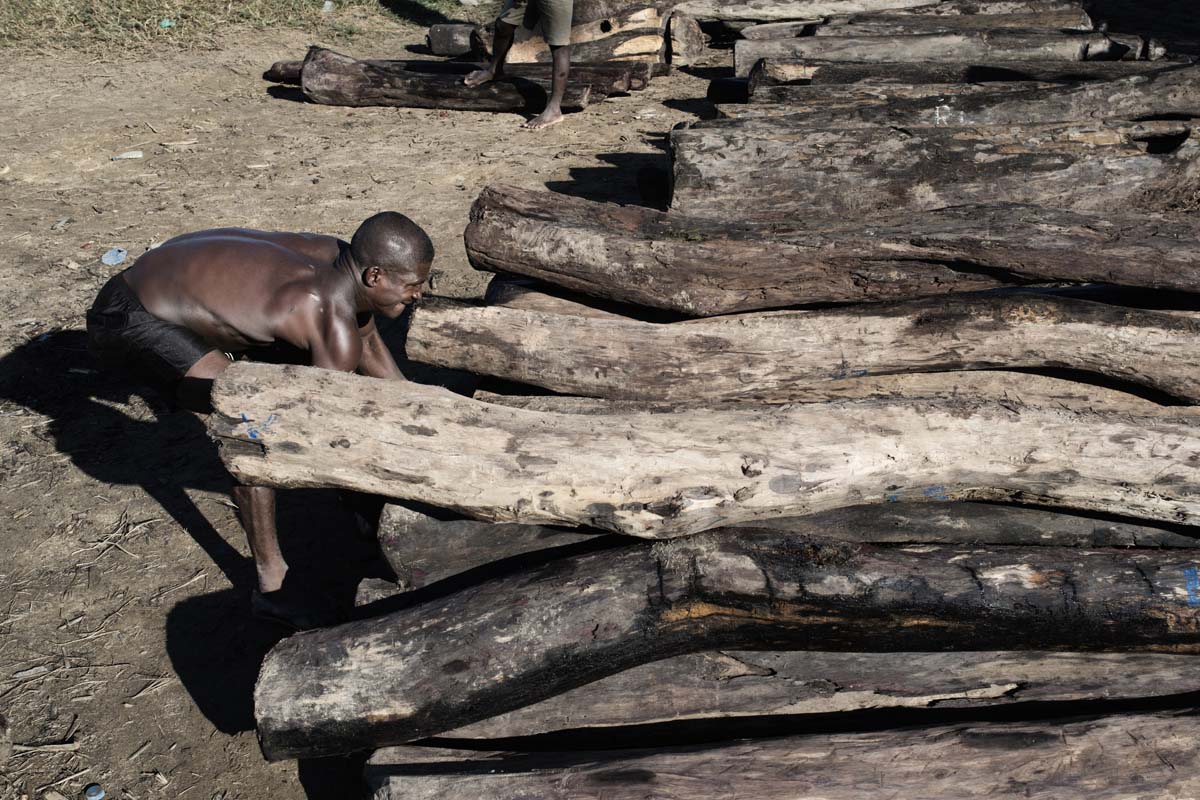 Aiming for legal and social change

You and your team published a book with legal recommendations. Why was this such an important part of the Ecocide project?

Ecocide is a double project. On the one hand, our work has a journalistic dimension. On the other hand, we decided to publish Des écocrimes à l’écocide, a book that was based on our investigation and written by legal experts. The book is very precise and well-documented. It includes legal recommendations written in the context of two international conventions. Articles would not do this kind of work justice. A book can be used amongst lawyers, legal organisations and ministries all over the world.

What were the effects from the book?

Another important step taken was at the United Nations level, where for the first time legal recognition of ecocide was voted for. This movement did not just come about because of our book, but we hope to have contributed to the debate. Something is happening in the world. People are becoming more conscious and I hope the book helped in accelerating this.

Did you always intend to use legal experts?

Yes, the mix between journalism and legal tactics was already present from the beginning in the minds of two people in our team: Marie-Beatrice Baudet, senior editor at Le Monde and Laurent Neyret, a law teacher. They knew they would have to undertake something with journalists and legal experts if they were to improve the consciousness about ecocide in people’s minds. They would need legal experts to deliver real results. It is good to have articles in a newspaper, but they will not change the world. Legal measures are the final means of this project to convince international bodies or organisations to understand the urgency of the situation and take appropriate measures.

What kind of recommendations did the book provide to individual countries and international legal organisations?

There were twenty to thirty five recommendations—they all aim to fight ecocide. We want to shape two international conventions. For this reason, the legal experts provide recommendations to improve the cooperation between ministries of justices in different countries and invest in means to fight against corporations. They also recommend stakeholders to give citizens the right to fight against eco crimes and to impose higher penalties on wrongdoers. 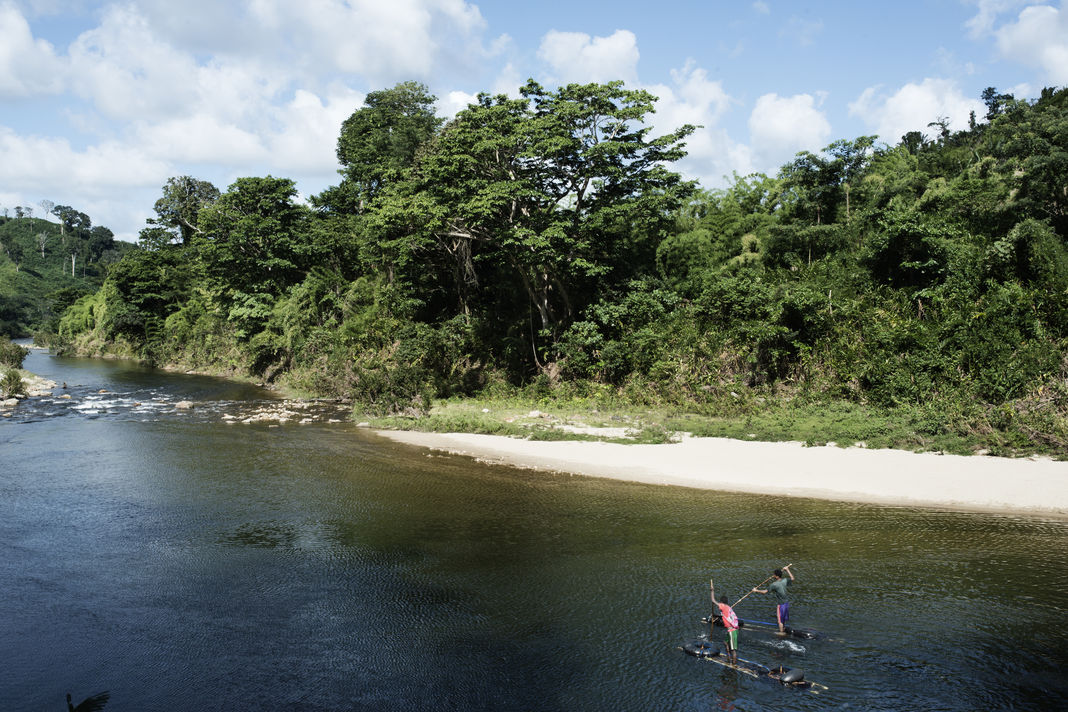 You will soon publish a second book with publisher Atelier Henry Dougier. Why?

The main aim is to give the broader public further access to our articles. It will be easier for the public to understand the story as this book will contain more photos alongside text that is easier to understand than our first publication. It is a continuation of the work we have done, although it was not initiated by us. It was the publisher, Henry Dougier, who contacted us and said he wanted to work with our story. The Ecocide project will now be given a second life beyond our initial articles.

What is the future for Ecocide and your investigation?

The future is mainly in the legal field, as we do not have the time or the means to focus on the legal battle at the moment. However, we are continually working on ecocide-related topics in the 'Planet' section of Le Monde. We hope our constant attention to the issue will force politics and international organisations to tackle ecocide.

Finally, what was so unique about the project?

I believe we had a rare opportunity. We were given plenty of time to do what we needed and work with a long-term perspective, which does not happen often in daily newspapers. We got the chance to dig deep and really understand what is happening.

We were also lucky receive the grant for this and work with incredibly motivated journalists like our project leader Marie-Béatrice. She was the real leader of the investigation. These types of projects usually exist because of one or two people. Of course, it is a collective effort, but in the end Marie-Béatrice and Laurent were the ones who chased the dream.

Lauren McNamara is an intern at the European Journalism Centre while finishing her Masters degree in Media Culture at Maastricht University. Lauren has a bachelor degree in Journalism, Public Relations and Marketing from Deakin University in Australia. Her previous work experience includes Media and Marketing coordinator at Healthways Recreation Centre as well as work experience at Mamamia, an online news publication. She is currently writing her thesis on the academic and societal debate of Freedom of Speech.